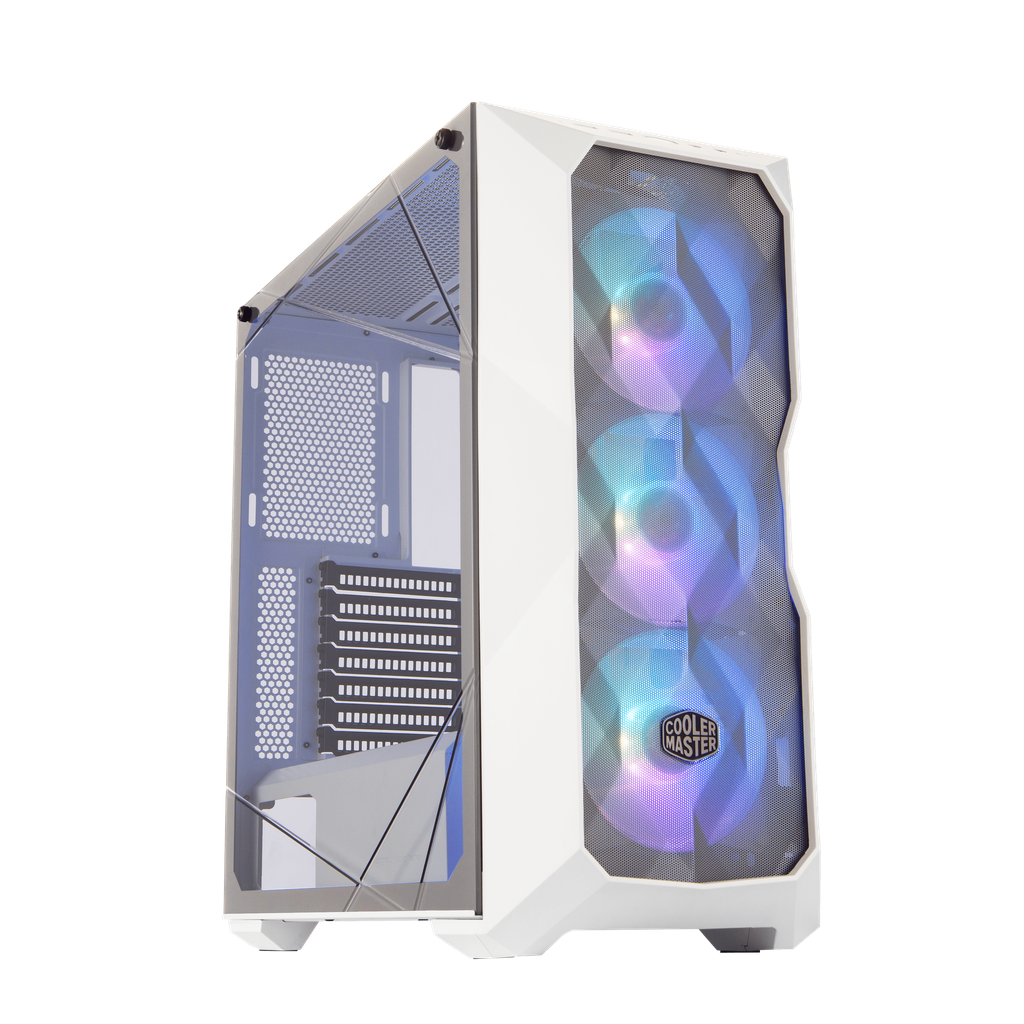 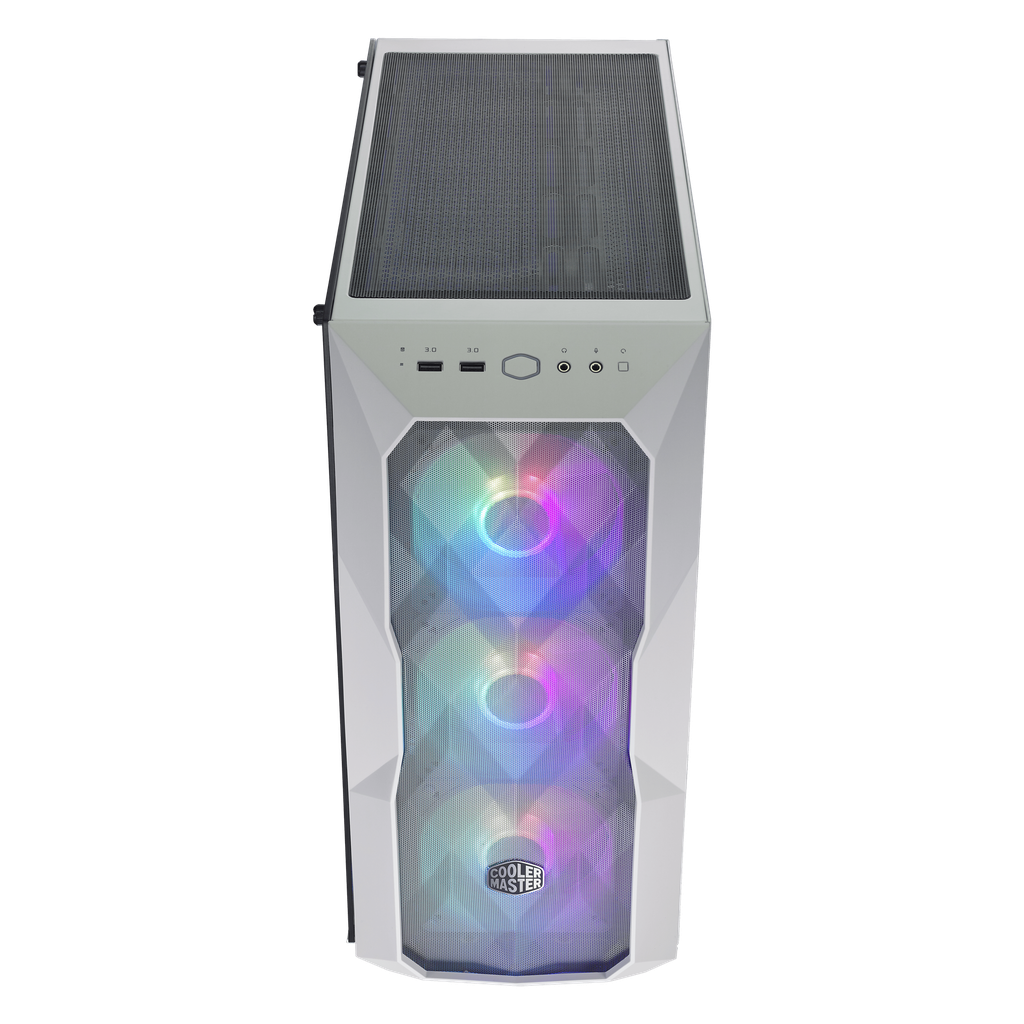 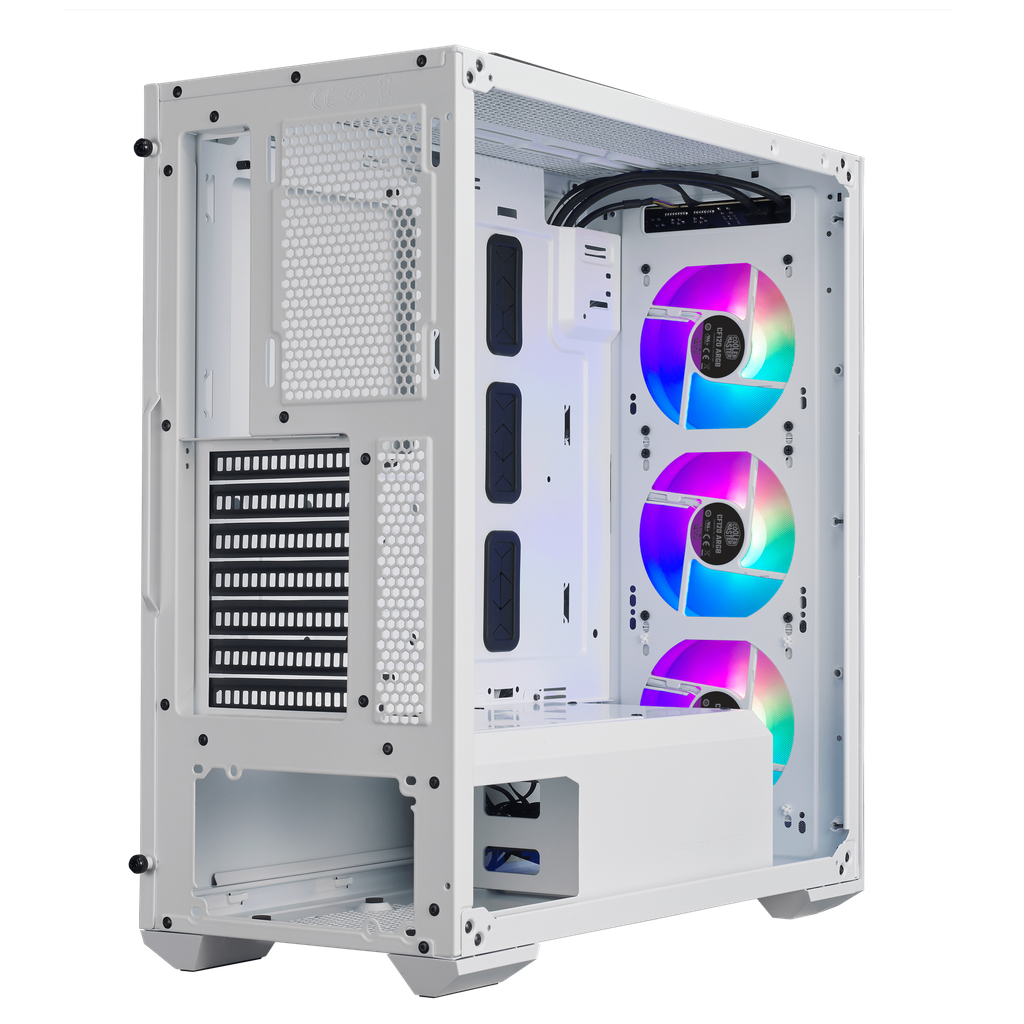 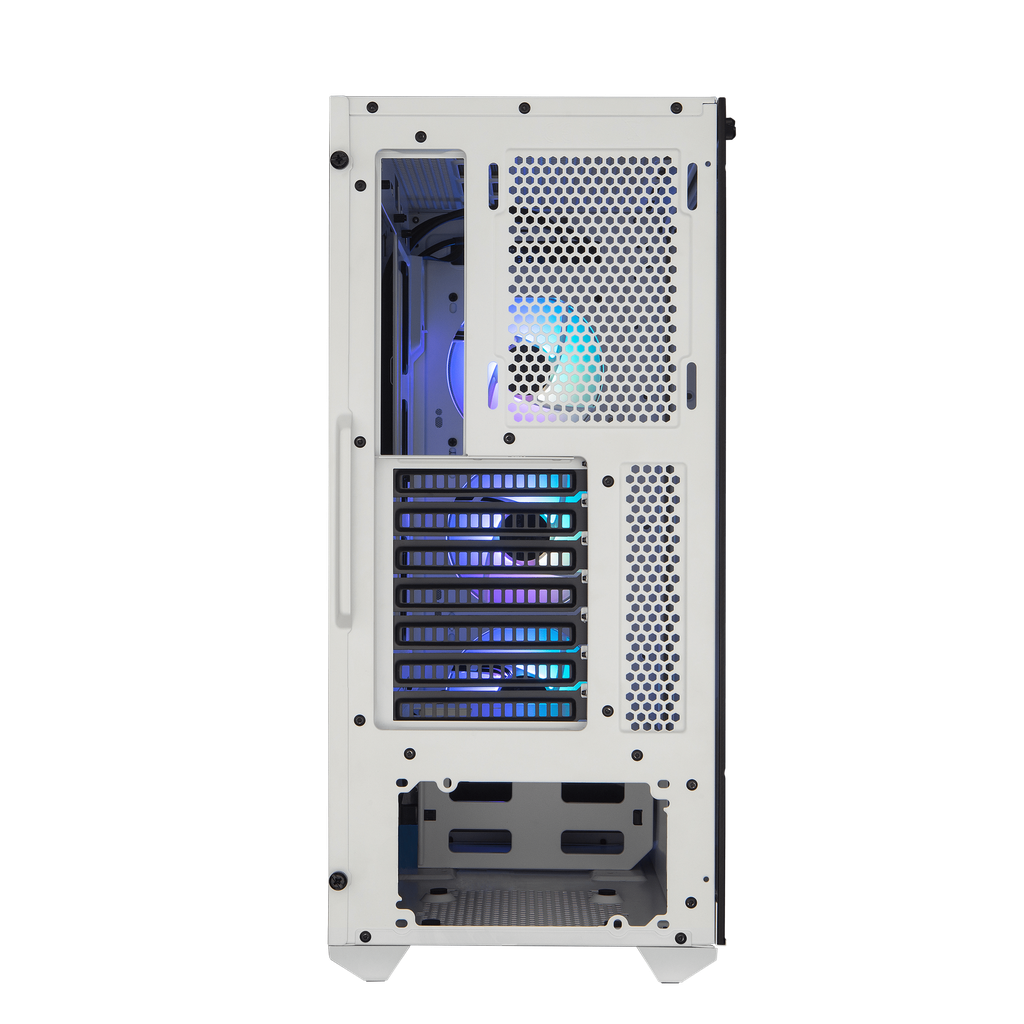 The same premium lighting is now present in the Mesh White variant, without having to separately purchase the highly sought-after 200mm ARGB fans. The MasterCase H500P Mesh White ARGB preserves all of its award-winning advantages of airflow performance, component versatility, and trademark aesthetics of the H Series, while improving the customization potential of ARGB fans out of the box.

The iconic, addressable RGB fans are the core of the H-Series in design and function, capable of operating quietly while moving high volumes of air due to their size. Two layers of mesh make up the entire front panel to maximize airflow. A finer layer filters out dust while the steel mesh reinforces its structure. 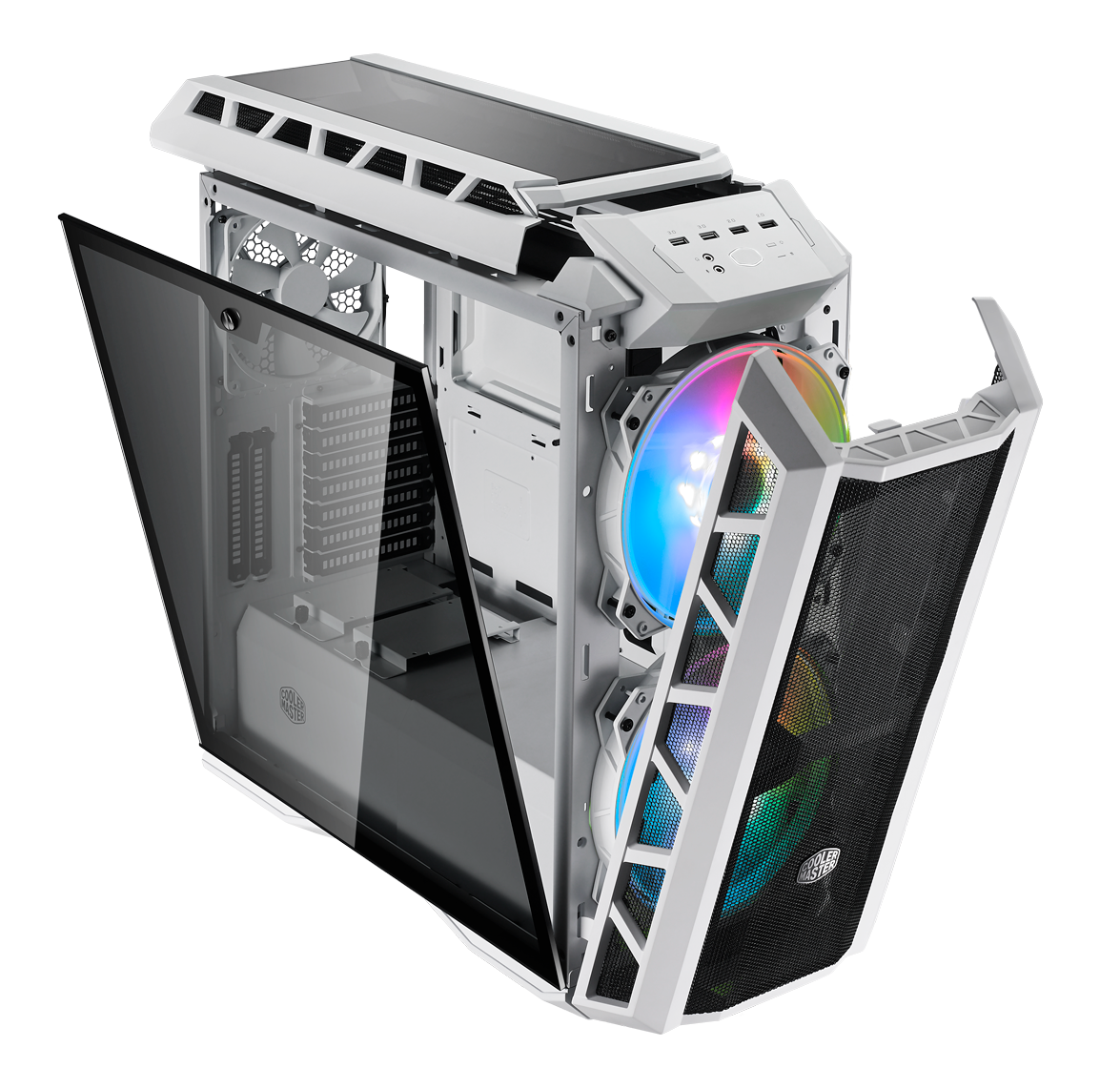 Transparent panels and a tempered glass side panel flaunt the hardware & fans, while the cable covers, PSU shroud, and cable management space hide the clutter.

The pre-installed ARGB fans can be managed by either the motherboard or an included controller, connected by the included splitter, to create a comprehensive ARGB lighting system. 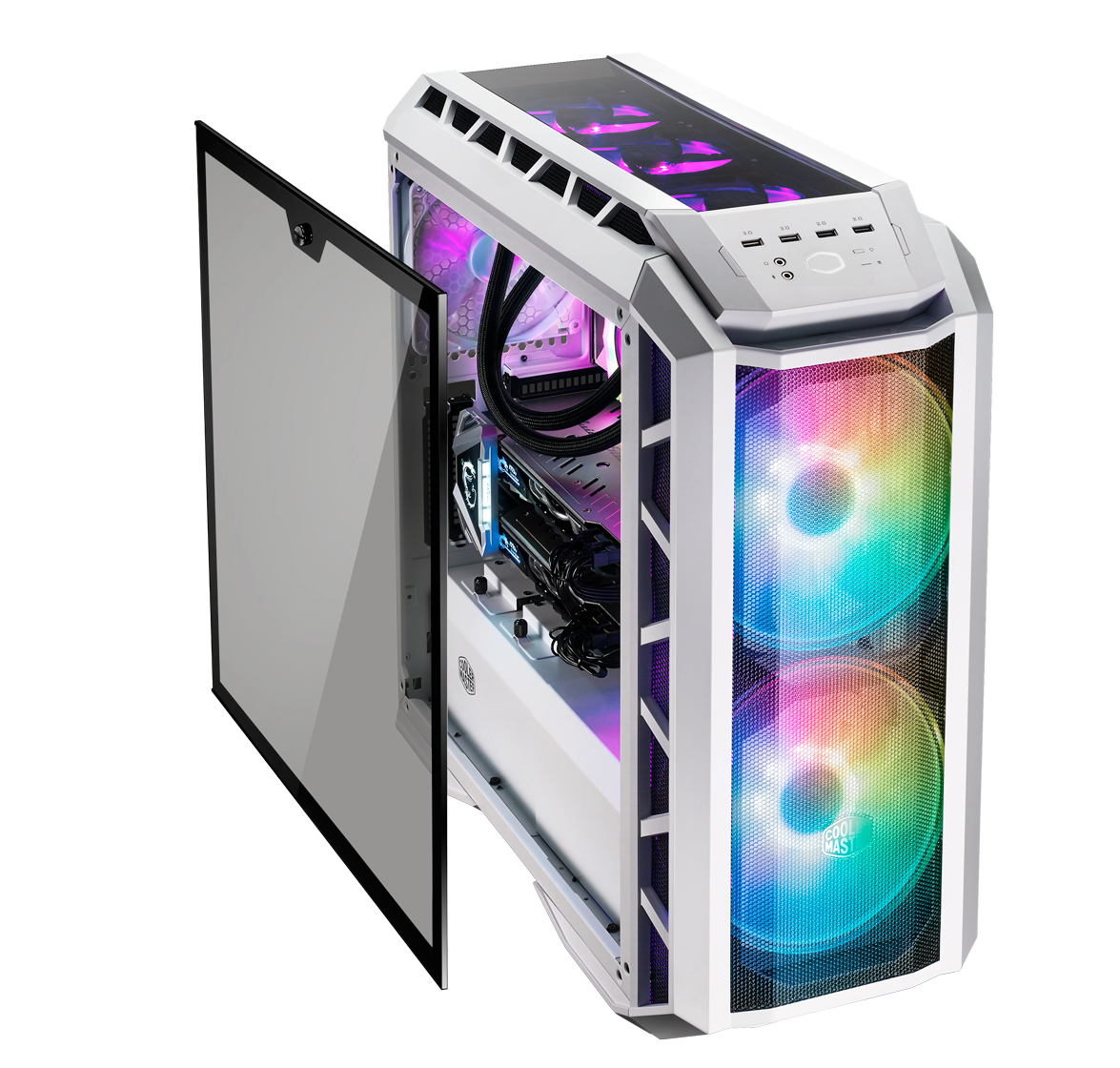 Gaming hardware, custom-loop cooling, and the pure pride of the builder is shown in panoramic view through an edge-to-edge tempered glass side panel. 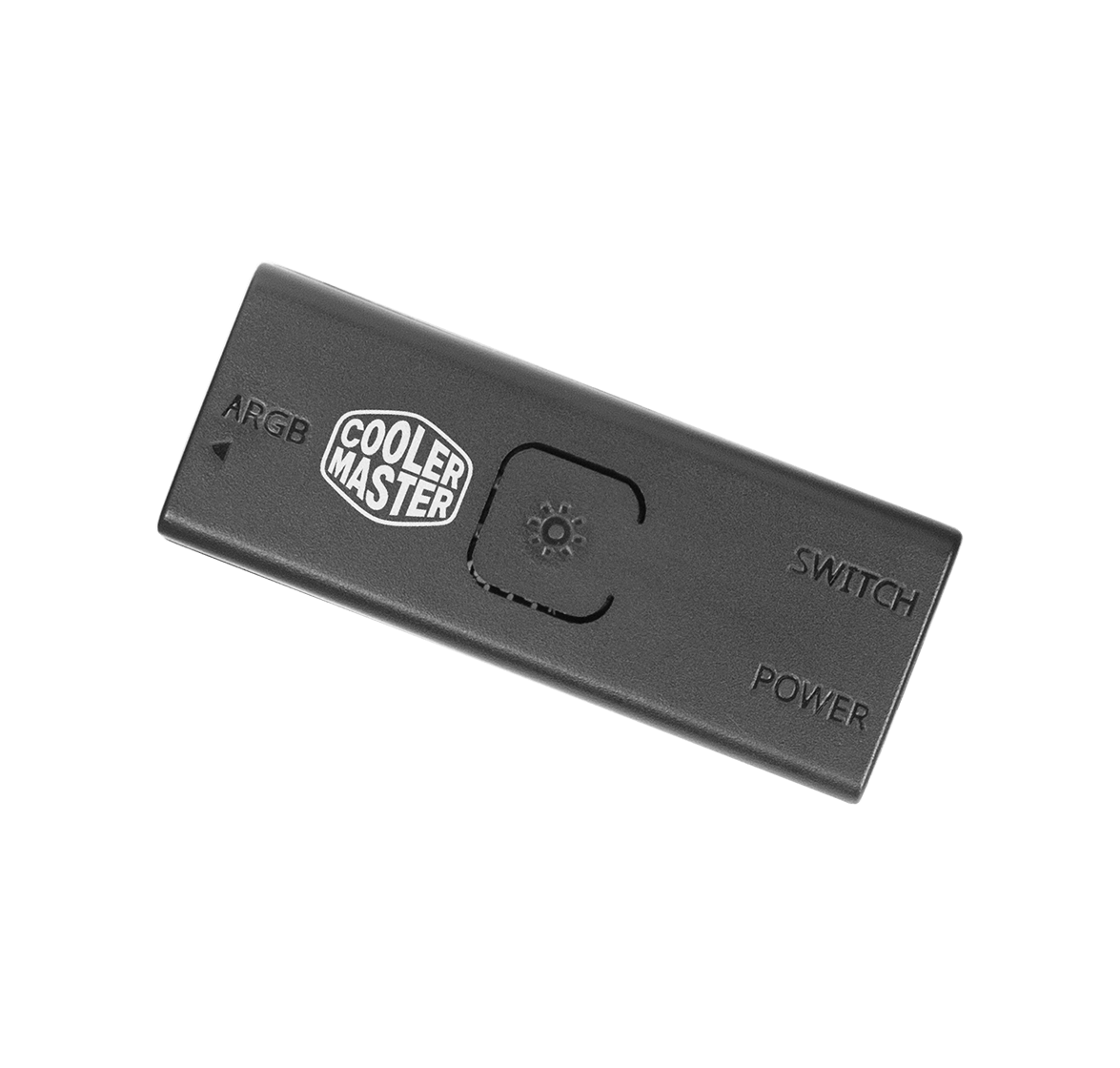 ​The small ARGB Controller is a mini-sized controller that allows your Addressable RGB such as fans and LED strips to be powered and controlled even in PC systems without an A-RGB capable motherboard.​

The controller comes with 14 lighting presets to make full use of the Addressable LEDs in the system and also allows to be completely switched off by long pressing its button.​

It is also possible to attach any external 2pin button to it to be able to switch presets without having to open the system. For ease of use, Cooler Master allows the RESET button to be optionally connected to the controller and used as an external ARGB preset switch button. 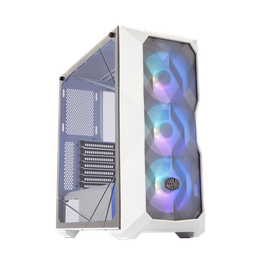