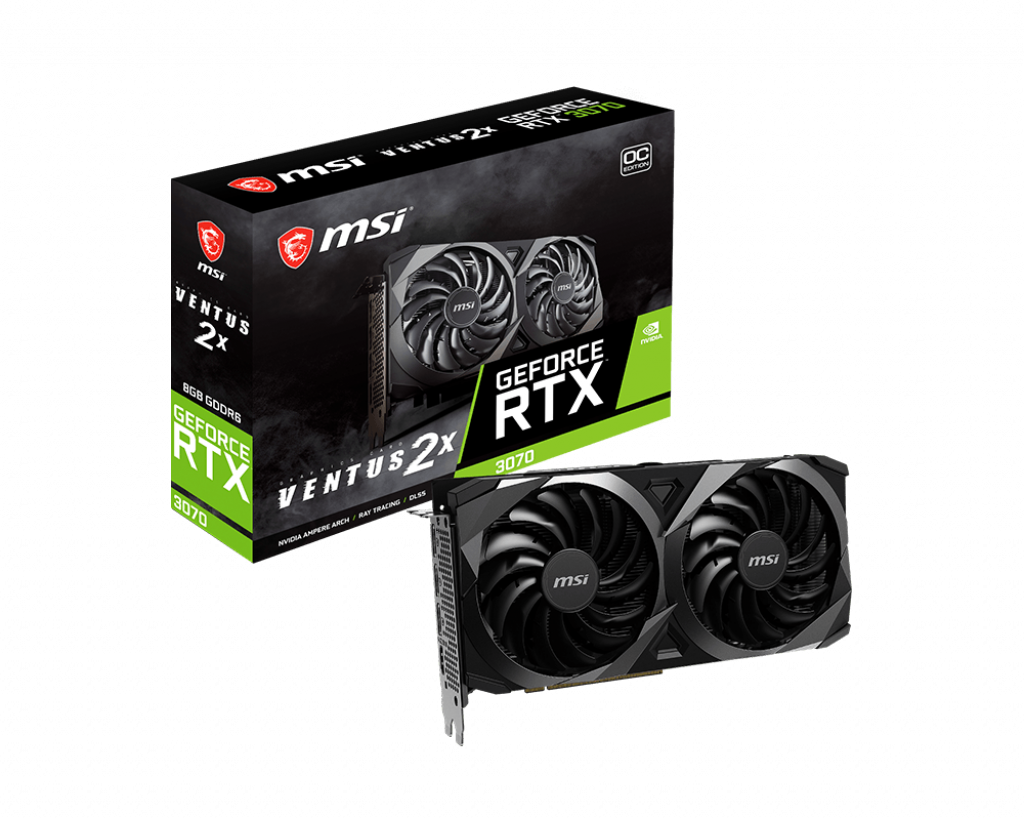 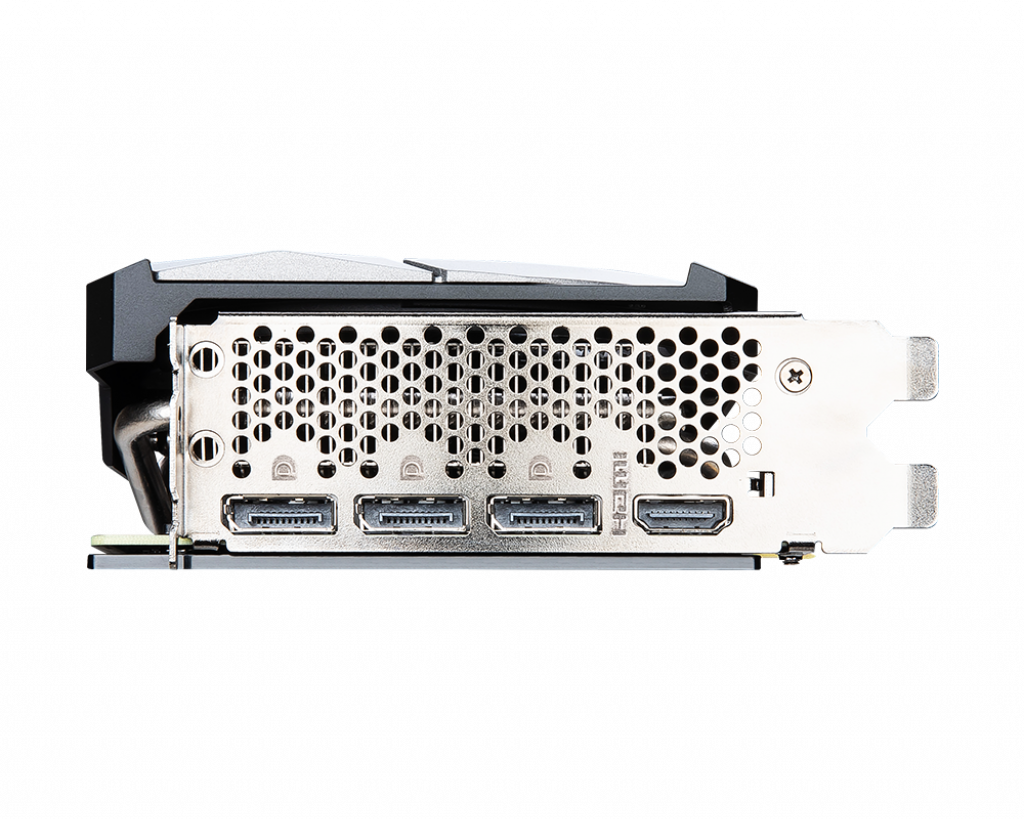 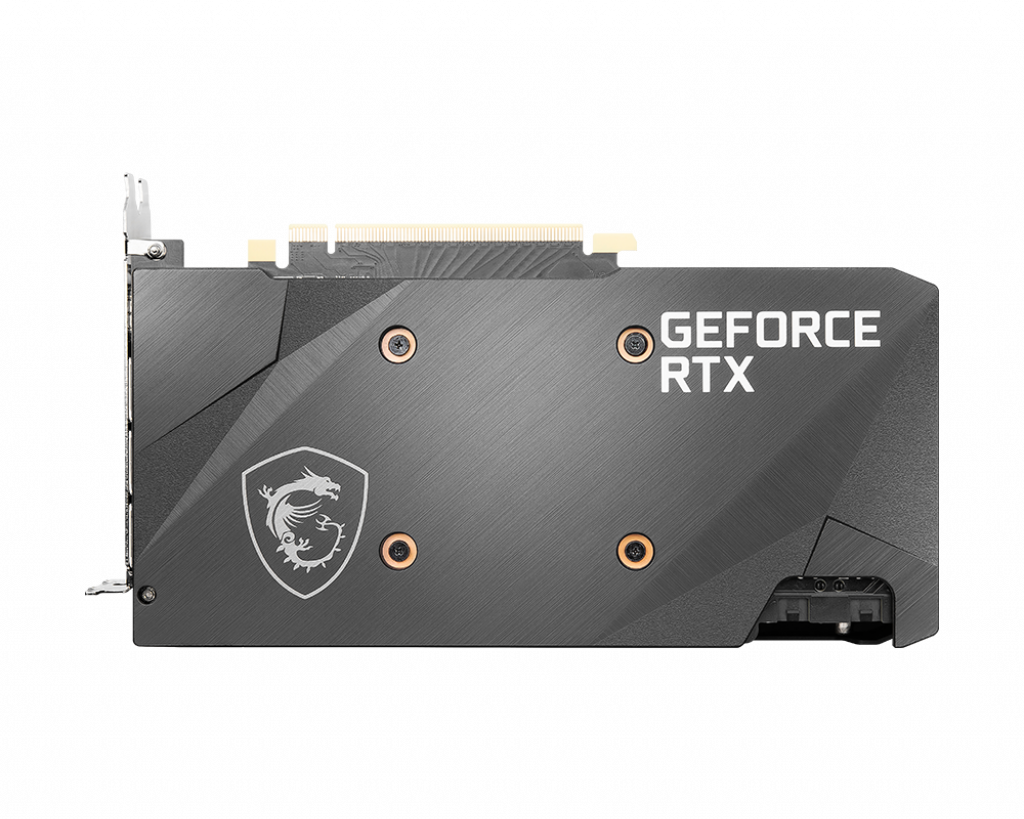 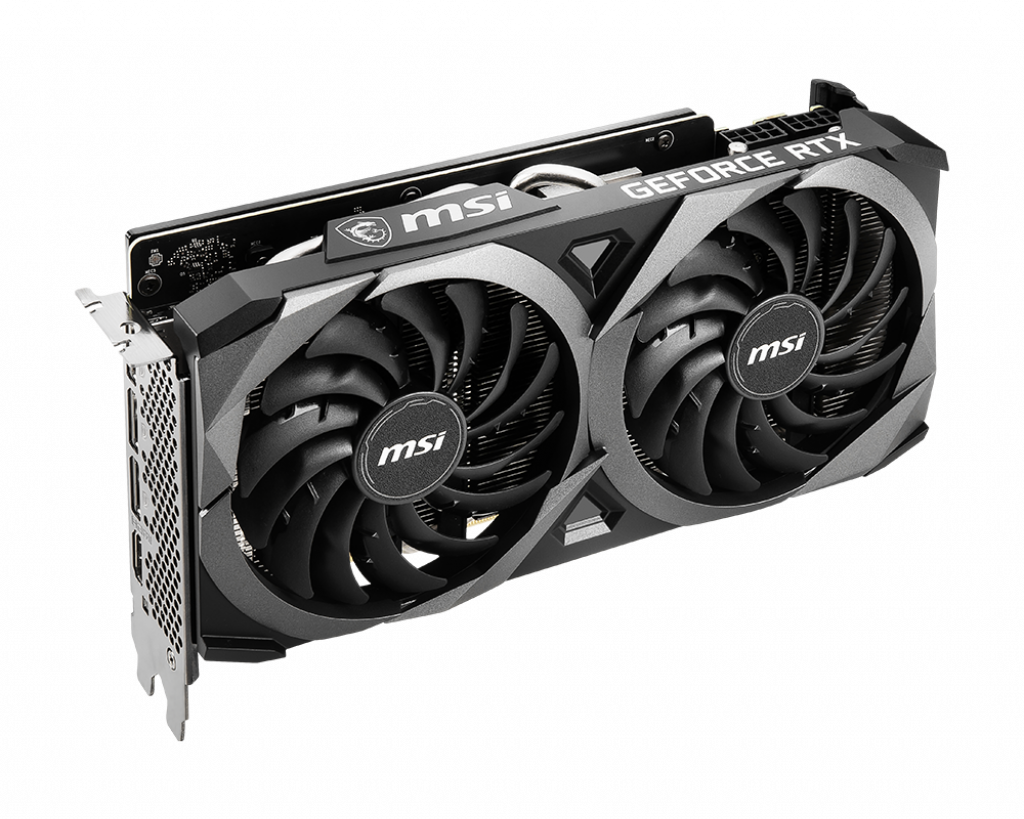 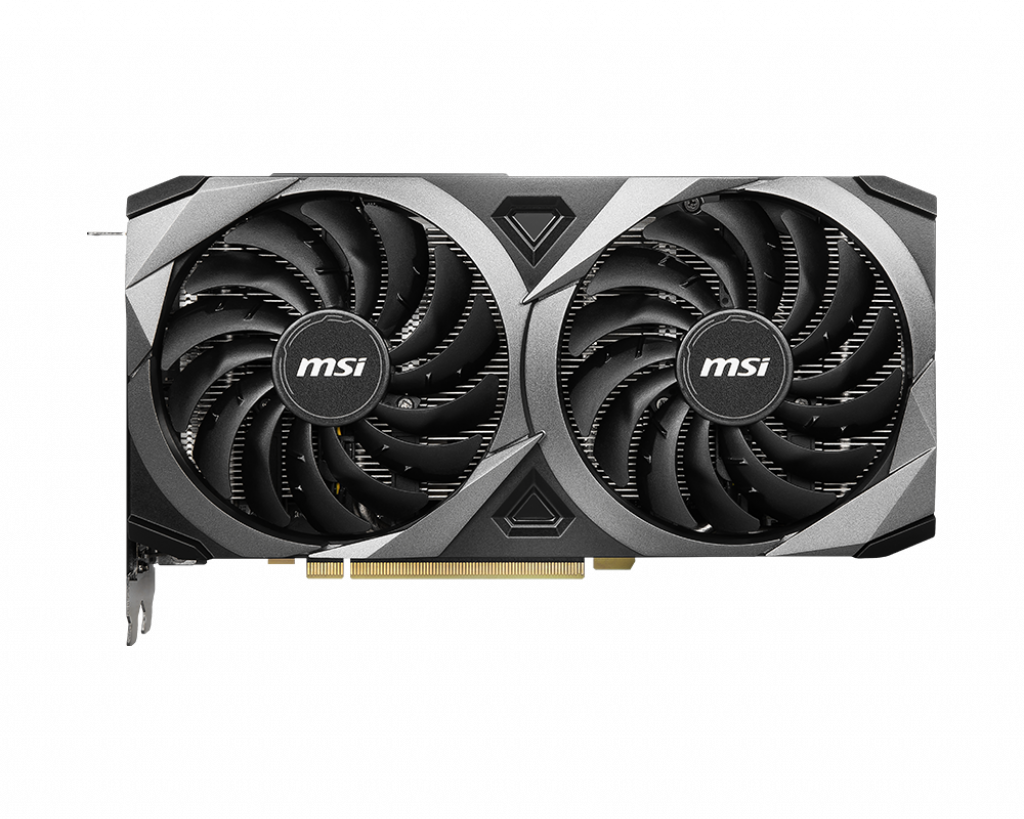 The GeForce RTX™ 3070 is powered by Ampere—NVIDIA's 2nd gen RTX architecture. Built with enhanced RT Cores and Tensor Cores, new streaming multiprocessors, and high-speed G6 memory, it gives you the power you need to rip through the most demanding games.

VENTUS brings a performance-focused design that maintains the essentials to accomplish any task at hand. Rocking a trusted dual fan arrangement laid into a rigid industrial design lets this sharp looking graphics card fit into any build.

A clean-looking brushed-finish backplate reinforces the length of the card. 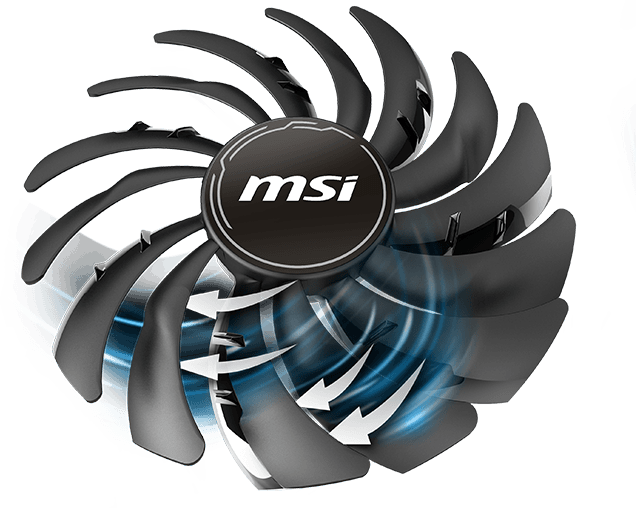 The award-winning MSI TORX Fan 3.0 design keeps the limits of thermal performance turning. Fan blades alternate between traditional blades and dispersion blades that focus and accelerate airflow into the heatsink.

Zero Frozr is the calm before the storm. The fans completely stop when temperatures are relatively low, eliminating all noise when active cooling is unneeded. The fans will automatically start spinning again when the heat is on during gaming. 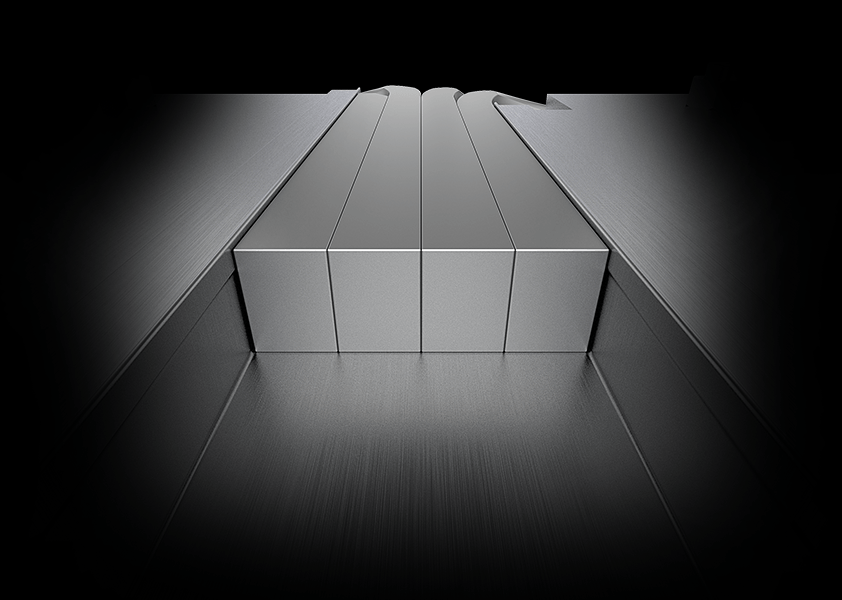 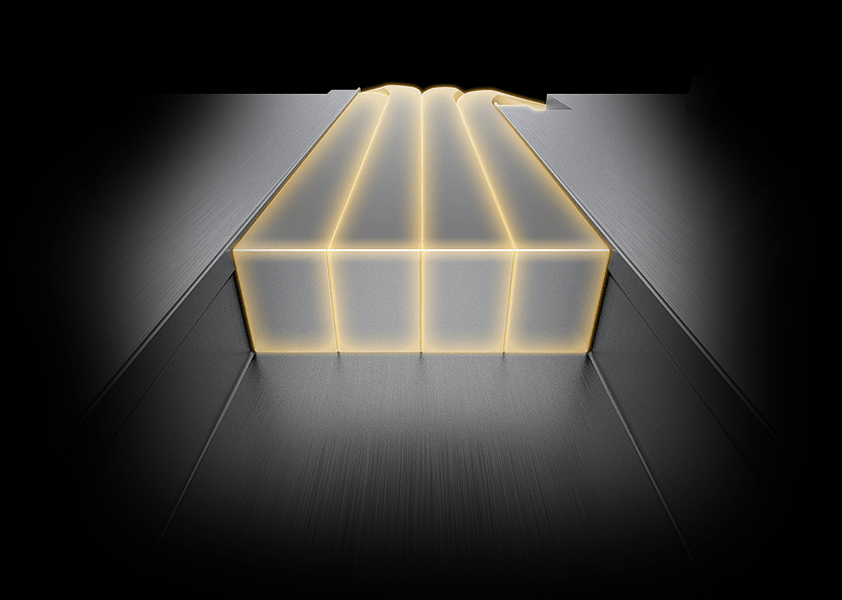 Core Pipes are precision-machined for maximum contact over the GPU and spread the heat along the full length of the heatsink for optimal cooling.

Ample amounts of thermal pads allow various board components to transfer heat directly to the heatsink for better cooling.

Not all circuit boards are created equal. A custom PCB Design provides greater reliability and beefed up power circuitry for pushing the card to its limits. 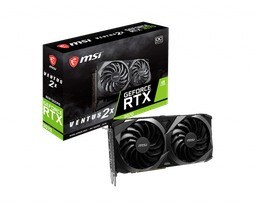